CBES were contracted to carry out all enabling works to include lift removal. It was found after the lift was removed that the landing entrance wall had been cut away. This meant the remaining 3 walls were not attached to the building structure and could not take the loads imposed by the new lifts.

CBES were then contracted to design and fabricate a new steel shaft structure. The structure had to be designed, fabricated, and then filled with only 5mm tolerance.

Before the steel frame was fitted the internal shaft walls had to be carefully removed. An added problem was that this meant if the wind blew above 40mph the single outside skin of brickwork could collapse. A two-week window of settled weather was needed before we could demolish the internal walls.

The internal walls were carefully removed, and the bespoke steel frame were filled in 10 days. Notably due to unsquared walls the steel work had to be plumbed in a space with a tolerance of only 3mm.

The steel structural frame was not only designed to take the lift loads it was also built with steel fixing plates to pick up the shaft guide rails and lift motors and safety equipment.

Once the steel frame was installed into the shaft it was tied into the building structure and existing external shaft walls and internal floor levels. 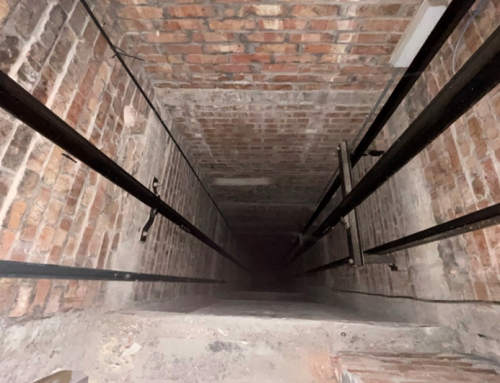 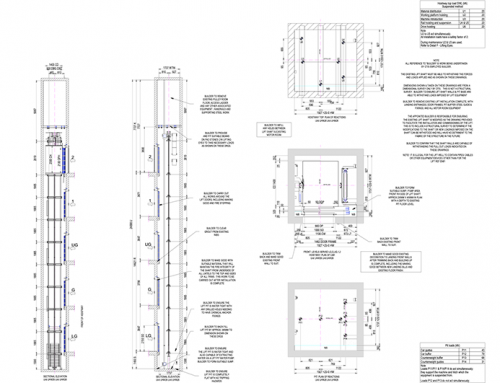 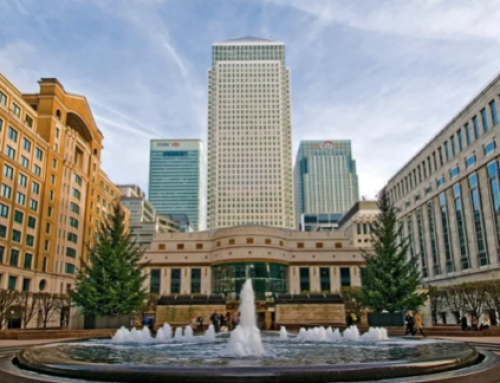 The Colonnade, One Canada Square, London 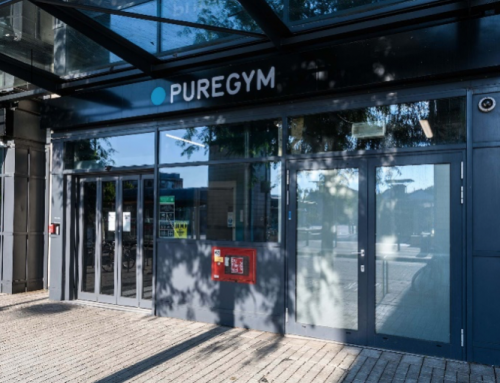 We are here for all of your integrated building needs…

Page load link
We use cookies on our website to give you the most relevant experience by remembering your preferences and repeat visits. By clicking “Accept All”, you consent to the use of ALL the cookies. However, you may visit "Cookie Settings" to provide a controlled consent.
Cookie SettingsAccept All
Manage consent

This website uses cookies to improve your experience while you navigate through the website. Out of these, the cookies that are categorized as necessary are stored on your browser as they are essential for the working of basic functionalities of the website. We also use third-party cookies that help us analyze and understand how you use this website. These cookies will be stored in your browser only with your consent. You also have the option to opt-out of these cookies. But opting out of some of these cookies may affect your browsing experience.
Necessary Always Enabled
Necessary cookies are absolutely essential for the website to function properly. These cookies ensure basic functionalities and security features of the website, anonymously.
Functional
Functional cookies help to perform certain functionalities like sharing the content of the website on social media platforms, collect feedbacks, and other third-party features.
Performance
Performance cookies are used to understand and analyze the key performance indexes of the website which helps in delivering a better user experience for the visitors.
Analytics
Analytical cookies are used to understand how visitors interact with the website. These cookies help provide information on metrics the number of visitors, bounce rate, traffic source, etc.
Advertisement
Advertisement cookies are used to provide visitors with relevant ads and marketing campaigns. These cookies track visitors across websites and collect information to provide customized ads.
Others
Other uncategorized cookies are those that are being analyzed and have not been classified into a category as yet.
SAVE & ACCEPT
Powered by